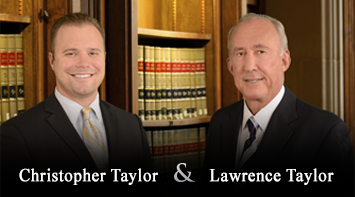 Awarded 5 stars by Yelp based upon client reviews 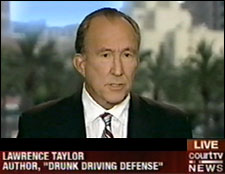 The Law Offices of Taylor & Taylor, a firm of 4 DUI lawyers (including 2 former prosecutors) with an average experience of 24 years, is widely regarded as the most respected DUI defense firm in the country. Each San Diego DUI lawyer will represent you in the North San Diego Superior Court in Vista, and will also fight for the return of your DMV license suspension hearing in San Diego. Each San Diego DUI attorney focuses entirely on the client facing DUI charges and a related DMV license suspension. The American Bar Association has twice featured the firm of DUI lawyers for its specialization as well as for its unique technical support staff of former DUI law enforcement personnel. And the firm has been awarded Avvo‘s highest ranking of 10 (Superb), as well as averaging 5 stars for client reviews on Yelp. The firm has consistently received the AV rating (very high to preeminent in competence and ethics) from the Martindale-Hubbell International Law Directory - the highest rating possible and one shared by fewer than 7% of all attorneys in the U.S. 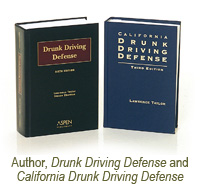 With offices in Carlsbad, Mr. Taylor is nationally known as the Dean of DUI Attorneys, and has been voted one of Southern California’s Super Lawyers by over 65,000 Southern California attorneys for the past 7 years. A former Marine, he is a graduate of the University of California (Berkeley) and UCLA Law School, and is a former prosecutor and Fulbright Professor of Law. He is the author of the standard textbooks on the subject, Drunk Driving Defense — the best-selling DUI text in the country, now in its 7th edition after 32 year of continuous publication — and California Drunk Driving Defense, the leading book among attorneys in San Diego and throughout California. He has lectured at over 200 DUI seminars for DUI attorneys in San Diego and in 38 states. One of the original 12 founders of the National College for DUI Defense, Lawrence Taylor served as both Regent and Dean, and is today one of only 5 attorneys in California (and the only one in San Diego County) to receive the ABA-approved designation "Board Certified in DUI Defense Law" -- and the only one further designated "Senior Specialist". He is one of only two DUI attorneys in the country whose biography appears in Wikipedia, and over many years continues to be awarded the highest rankings from the most respected attorney guides: The Bar Registry of Preeminent Lawyers, AVVO and The Martindale-Hubbell International Directory of Attorneys.

We invite you to meet our DUI attorneys and review their experience and qualifications, and to call our Firms founder, Lawrence Taylor; our Managing Attorney, Chris Taylor; or our Client Services Attorney, Saman Manavi, for a free consultation. For general information on DUI attorneys' fees, we recommend that you read " What will it cost to retain a DUI lawyer to defend me?"

Looking for a DUI Lawyer...?

Read this inside look at the world of DUI defense attorneys, written by investigative reporter Tom McNichol in California Lawyer , the professional magazine of the California State Bar. Find Out More

For helpful resources about DUI sobriety checkpoints in Southern California - including advanced information about dates, times and locations where they are planned - visit our "Sobriety Checkpoints: Laws and Locations" section on this website.

Call or email the Firm’s founder, Lawrence Taylor, or our Managing Attorney, Chris Taylor, for a free consultation.